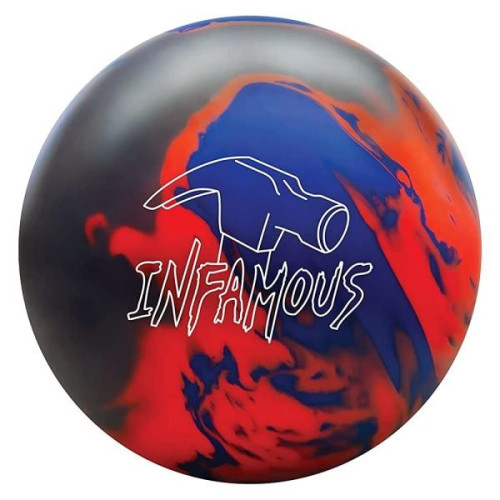 There is a lot to talk about with Hammer’s second September launch, the Infamous. The Infamous core is a new design, and while it’s symmetric, it is packed with technology. Hammer is back to using multi-densities within the core to create new ball motions. The Infamous core has a large extradense flip block that sits on the top of the core body, and it features a radial disc on the bottom of the ball that helped give the original Obsession extra motion on the backend. There are four densities on the inside of the Infamous, including the famous Carbon Fiber outer core. The Infamous utilizes Envy Solid, the same formula as the Obsession, but is not CFI infused.